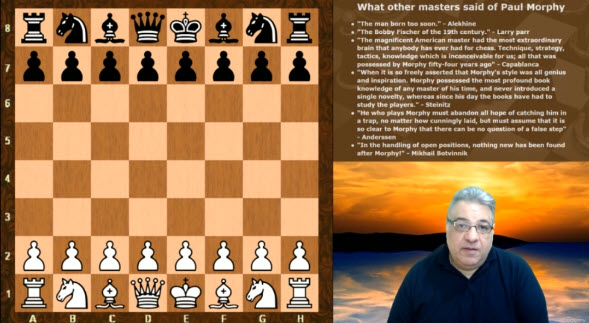 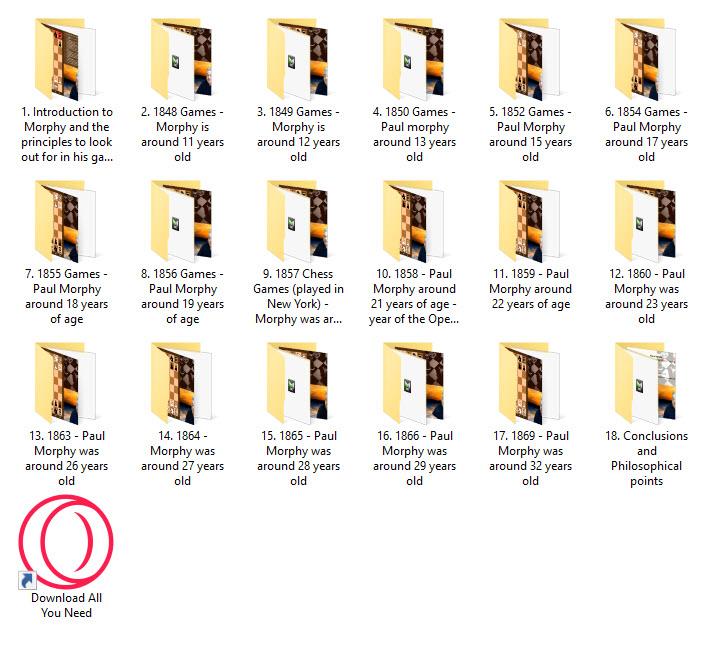 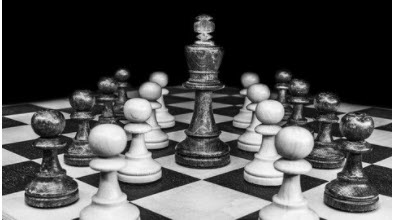 What you’ll learn
Be able to play the King’s Gambit with key Morphy model games in mind
Be able to play the Italian game and in particular the exciting Evans Gambit with key Morphy model games in mind
Be able to play the Scotch game more comfortably with key Morphy model games in mind
Be able to understand the dangers of the Evans Gambit more clearly as Morphy had nearly a 90% success rate with this in preference to the Ruy Lopez
Be able to see clearly how going for the King can even overcome material odds given at the start of games
Be able to maximise win probability even when playing with extreme material odds using techniques of pawn fragmentation around opponent’s king or “Thorn pawns”
Be able to calculate forcing variations more accurately with a Morphy King hunting mindset
Be able to have a number of options and mindset for opening up positions and creating tactical opportunities
Be able to study a master without being distracted too much by modern technical opening theory to more easily grasp key concepts and ideas fundamental to chess
Be able to learn from one the greatest tactical old master to reinforce tactics, forcing moves and combinations and imaginative win-generating concepts
Be able to see how to win against inferior play by non masters who are less familiar with opening theory, tactics and positional play than todays masters
Be able to appreciate more the so called “Romantic era” of chess which featured intuitive sacrifice and mate instead of often tedious modern grinding games
Be able to appreciate a wide range of Paul Morphy iconic games – not just the “Opera” game which Paul Morphy is mostly remembered for
Be able to appreciate why a6 in the Ruy Lopez is named after Morphy – known as the Morphy defence to the Ruy Lopez and is seen in over 65% of Ruy Lopez games
Be able to form a more “concrete” mindset about downside actual exploitability in concrete moves as opposed to what looks intuitively or vaguely promising
Be able to experience a fine “chess game art gallery” with many beautiful and brilliant games which also have great instructiveness to them
Be able to play exciting attacking dynamic chess and especially Gambits which were common in the Romantic era of chess
Be able to understand that Chess understanding concretely is an evolving community database of example games, and Paul Morphy is an essential foundation of that
Be able to understand more what chess commentators mean when they use terms like “principled”
Be able to handle Open positions – Mikhail Botvinnik indicated that in such handling there has been nothing new since Morphy
Be able to see why Bobby Fischer called him one of the most accurate players who ever lived
Be able to see why Bobby Fischer considered Paul Morphy to be probably the greatest genius of them all
Description
Paul Morphy was an American chess player and legend. He was considered to be the strongest player in his era. He was often considered an unofficial World chess champion.
One of the most celebrated and collected games for enthusiastic chess players is the short and sweet “Opera game” of Paul Morphy. This course looks at other fairly short Paul Morphy games generally all 25 moves or less and tries to extract maximum instructive value from each game covered.
Bobby Fischer (the 11th World chess champion) considered him one of the most accurate chess players ever. And Fischer took a major influence from both Paul Morphy and Jose Raul Capablanca for his playing style.
José Raúl Capablanca (3rd world chess champion) said of Morphy:
“The magnificent American master had the most extraordinary brain that anybody has ever had for chess. Technique, strategy, tactics, knowledge which is inconceivable for us; all that was possessed by Morphy fifty-four years ago.”
Wilhelm Steinitz – the first official World chess champion said of Morphy:
“When it is so freely asserted that Morphy’s style was all genius and inspiration. Morphy possessed the most profound book knowledge of any master of his time, and never introduced a single novelty, whereas since his day the books have had to study the players.”
Mikhail Botvinnik (the 6th World Chess champion) said of Morphy:
“In the handling of open positions, nothing new has been found after Morphy!”
Garry Kasparov (13th World champion), Viswanathan Anand (15th World champion), and Max Euwe (5th World champion) argued that Morphy was far ahead of his time. In this regard, Euwe described Morphy as “a chess genius in the most complete sense of the term.
Key principles that a chess beginner can learn from Morphy fall into several broad categories:
The fast development of pieces
Good control of the Center
Opening up lines of attack
Past World Chess champions Garry Kasparov, Vishy Anand, and Max Euwe have often argued that Morphy was far ahead of his time.
Romantic School of Chess
Paul Morphy is often regarded as one of the leading examples of chess’s “Romantic school”. This school focused on 1.e4 openings and often featured impressive tactical and attacking play. Opponents were often checkmated rapidly within 30 moves or less.
Paul Morphy could also play a strong positional game when needed. But Paul Morphy was far stronger in chess’s more “open games” which allowed his tactical genius to shine through more.
He can be considered the first “modern” player as he often played open games to a very high engine accuracy comparable to modern players. He played quickly in a time when there was no time control used and often took less than one hour to play all of his moves. So in this respect, he is a little bit like Vishy Anand. His opponents by contrast took 7 to 8 times longer quite often.
Morphy’s Gambit Openings
Morphy was keen on playing the King’s gambit as well as the Evans gambit when playing with the White pieces.
Who this course is for:
Beginner to Intermediate chess players 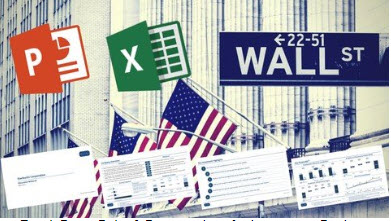 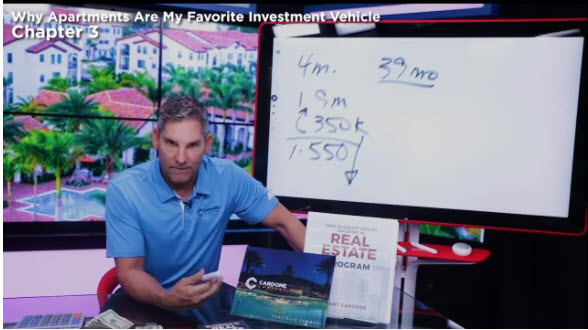 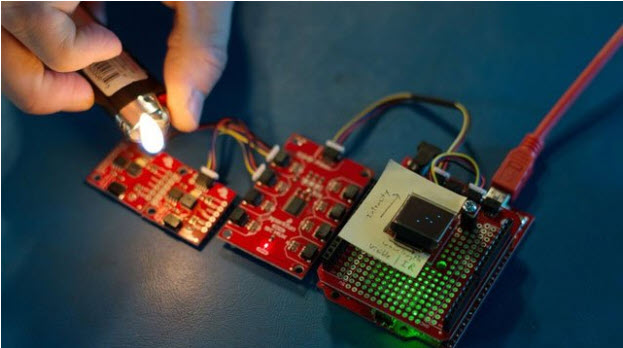 Sensors Everything You Need To Know